Bleeding in the ear can become an emergency especially when it is caused by a ruptured eardrums or when an object gets stuck inside the ear. The latter often happen in children while the former may be caused by an accident such as during a head injury or a hard blow to the head. When a child sticks something to their ear it may be difficult to remove the object because the ear canal is too narrow and it is lined with a thin layer of skin. Pressing the object on this thin layer of the skin may cause the latter to become easily irritated and may bleed while causing significant pain.

When there is a ruptured eardrum or a bleeding ear

A ruptured eardrum may occur due to loud percussions or when something is inserted into the ear like a cotton swab, a pen, toothpicks or other objects that irritate the skin inside the ear. It is also possible for the eardrum to rupture when there is a sudden loud noise that increases the pressure to it like an explosion, scuba diving or a blow to the head.

When there is drainage to the ear, it is important not to block it as it comes from the ear. Nor should you wash the inside of the ear with any liquid. If something gets stuck inside the ear, it is best not to try removing it with tweezers but instead call a doctor immediately. This can do more harm than good and a professional is better and more experienced in taking the object out. A bleeding ear may be accompanied with other symptoms including pain, dizziness, redness, brain fluid coming out of the ear, swelling, sensation inside the ear and an apparent object stuck inside the ear.

What to do in case of a bleeding ear 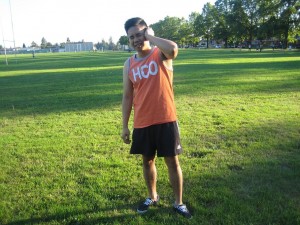 A bleeding ear can be very painful

First aid management for a bleeding ear consists of the following: