Most pregnant women will experience bleeding during the first trimester of their pregnancy. This is not a major cause of concern because this occurrence is usually normal. It may be due to a condition called implantation bleeding that normally occurs 6 to 12 days after a possible conception. However, in certain instances, bleeding during pregnancy may be caused by other underlying conditions like pelvic infection or urinary tract infection that may cause the bleeding during the first half of pregnancy. Sexual contact at this stage can also cause the cervix to bleed. In order to ensure that your bleeding is normal during pregnancy, it is best to consult your doctor immediately to get the proper diagnosis and to obtain treatment promptly.

Bleeding During the First Half of Pregnancy

Bleeding during the first half of pregnancy may indicate miscarriage, ectopic pregnancy or molar pregnancy. Other signs of miscarriage include a cramping pain that is felt below the stomach, which may be stronger than menstrual cramps. Ectopic pregnancy occurs when the implantation happens outside the uterus and may be presented with cramping and sharp pain in the abdominal area. Molar pregnancy is the growth of abnormal tissue instead of an embryo which also causes the bleeding.

Second Half of Pregnancy:

Bleeding in the second half of pregnancy may pose a threat either to the woman or the fetus. There is the potential risk of placenta abruption or the detaching of the placenta from the uterine wall. Placenta Previa may also occur where the placenta that was implanted to the lower part of the cervix will completely or partially obstruct the cervical opening. Preterm labor may also cause vaginal bleeding and first aid management is needed in order to ensure that the mother and the baby in her womb get to the hospital safely. 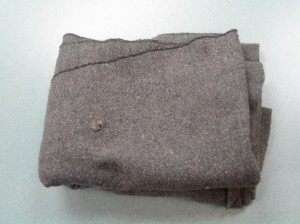 It would be best to put on a sanitary napkin or any absorbent pad that would help you keep track of bleeding. In doing so, you can approximately quantify the blood loss and note if there is indeed a progression of the bleeding condition. Never insert anything in your vagina. Avoid using tampons and having sexual intercourse as well as douching when you have vaginal bleeding. Cleaning frequently will be enough, but ensure that you do not introduce injury that would aggravate bleeding.

Go to a hospital immediately if your experience continuous bleeding and the occurrence of the other symptoms like abdominal cramps, fever, chills, contractions and light-headedness. In the event that a tissue or a blood clot is noticed passing out of the vagina, it would be best to keep it in a clean container and give it to your health care provider for examination.