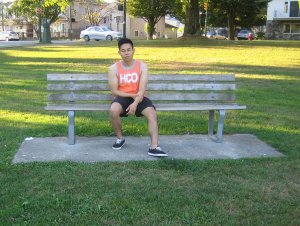 Carpal tunnel syndrome is an entrapment neuropathy that occurs when the median nerve at the end of the wrist is compressed by a thickened flexor tendon sheath, skeletal encroachment, edema, or soft tissue mass. The syndrome is commonly caused by repetitive hand and wrist movement, but it may also be associated with arthritis, hyperthyroidism or pregnancy.

Carpal tunnel syndrome is very common among people who perform repetitive movements or those whose hands are repeatedly exposed to cold temperatures, vibration or extreme direct pressure are among those who are at high risk for experiencing carpal tunnel syndrome symptoms. The carpal tunnel is a narrow passageway of ligament and bones of the wrist which houses the median nerves and tendons. In most cases, the compression of the narrow tunnel of the wrist irritate not only the median nerve, but also the supporting tendons as well. This results in pain, weakness and numbness in the hand , wrist radiating to the entire arm in severe cases.

Carpal tunnel syndrome is associated with painful sensations to the affected wrists and is considered as the most common and widely known entrapment neuropathies of which the body’s peripheral nerves become compressed. The patient experiences pain, numbness, paresthesia and possibly weakness along the median nerve (thumb, index and middle fingers).

Symptoms  typically start gradually, with frequent burning and tingling sensation, burning or itching numbness that is predominantly felt in the thumb, index and middle finger even though

swelling is not visibly manifested. Moreover, as these symptoms eventually worsen, people will soon feel more tingling sensations more often during the day. People with this neuropathy will experience decreased ability to effectively use grip techniques, substantial difficulty to form a fist , grasp small objects with accuracy and generally have difficulty in performing manual tasks. If left untreated, muscles of the wrist and at the base of the thumb will have a high probability of wasting away.

Carpal tunnel syndrome occurs as a result of a combination of factors. Such factors result in increased pressure of the tissues passing through the carpal tunnel (muscle, nerve, blood vessels) rather than just a dysfunction of the median nerve itself. In some cases, the disorder is probably due to a congenital predisposition (some people are naturally born with narrower carpal tunnel). Moreover, other factors include injury or trauma such as fracture or sprains  to the wrist which in turn result in swelling, hypothyroidism, rheumatoid arthritis, problems in the wrist joint, fluid retention, autoimmune disorders and in some cases no definitive cause can be identified at all.

Treatment of carpal tunnel syndrome is primarily based on the cause

of the condition. Wrist splints are usually used to prevent hyperextension and prolonged flexion of the wrist, avoidance of repetitive flexion of the wrist (eg. making ergonomic changes at work to reduce wrist strain), use of NSAIDs and carpal tunnel cortisone injections to reduce the swelling and relieve the symptoms. Stretching and strengthening exercises can be very effective in people whose symptoms have subsided. Simple exercises can significantly strengthen and stretch the joint muscles of the wrist which in turn can help reduce compression of the carpal tunnel. Finally, yoga exercises have shown to reduce pain and significantly improve grip strength in patients with carpal tunnel syndrome.