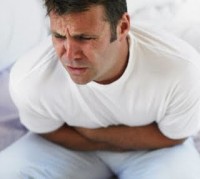 Every so often people confuse nausea and vomiting with each other. However, there is a significant difference between the two. Nausea is the uneasiness of the stomach which usually precedes vomiting. The forceful ejection of the contents of the stomach through the mouth, and sometimes through the nose, is called vomiting, or throwing up. Medically, it is called emesis. Nausea and vomiting is caused by a wide variety of diseases, ranging from mild to severe. In severe cases, intravenous fluid may be required.

Causes of Nausea and Vomiting

On their own, nausea and vomiting are not diseases. However, they serve as symptoms for many underlying conditions, which are some of the following:

Nausea and vomiting usually result from irritation of the digestive system. Usually, the timing of onset of nausea or vomiting can identify the cause. If it commences after a meal, it is highly as a result of food poisoning, gastritis, ulcer or bulimia. Vomiting due to food poisoning may also occur several hours after eating meal.

Treatment for Nausea and Vomiting

There is usually no need for medical assistance when treating nausea and vomiting. However, if the vomiting has been present for more than 24 hours or signs of dehydration begin to emerge, it may be time to seek medical care. Otherwise, first aid can be used to treat nausea and vomiting. The following are to be used as hints and cannot serve as an alternative for first aid training where practical knowledge is taught and hands on training is performed.

Prevention of Nausea and Vomiting

Some of the cases of vomiting are inevitable. However, some can also be prevented. Mentioned below are some of the ways, which include