Night terrors are a kind of sleep disorder, where the person wakes up quickly from their sleep due to nightmares in a frightened state of mind.

Night terrors usually occur at night as most of us have our sleep at night. The sudden awakening from their deep sleep causes the person to wake up in a state of fear and terror.  There is sweating, screaming, rapid heart rate, confusion and being unable to recall clearly what happened in their nightmare.

Recalling of the nightmares can be a little hard, but the individuals do have a hazy sense of seeing terrifying image. Most of the times, people will start seeing snakes, spiders, terrifying objects in their rooms and people. The individuals are made belief that they are awake when they see these terrifying images, but in truth, they aren’t completely awake when this is happening. Individuals who have just gone through night terrors are very difficult to console after waking as the images seem very real to them. Do not worry, as most people tend to have no memory of the experience by the next day.

Night terrors are more common during the first few hours of the night which lies between 12 midnight to 2 in the morning. An episode of sleep terror can last from seconds to a few minutes. The individuals usually shout and are very terrified upon their awakening. Children and adults may twist and turn violently in the bed, unaware of their surroundings. A child who has just gone through a night terror may have signs of heavy breathing, accelerated heart rate, and dilated pupils. Most children are unable to express the bad dream, which is normal, and they tend to continue being terrified until they calm down and go back to sleep. Many individuals going through night terrors may also have episodes of or sleep walking.

The exact causes of night terrors are unknown, but there are many theories, which suggest that the occurrence of this problem is linked to the lack of sleep, fever, stress, or emotional tension, as with family conflicts. 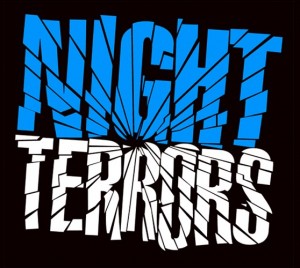 Night terrors, happens during deep sleep. The individual may wake up from their nightmare in middle of the night screaming. Although these are more common among children, adults are no exceptions. This problem can be more common in adults who are under a great deal of pressure of work for example. Excessive usage of alcohol can also lead up to night terrors.

Treatment for night terrors can be done by attending psychiatric counseling. In most cases a child will only need their reassuring parents to be by their sides. If their conditions get too serious, medications such as Valium and other sedating medications can be considered. They are to be used at bedtime to reduce the likelihood of having sleep terrors. Most individuals recover from episodes of night terrors within a short period of time.