Blue-ringed octopus bites, although painless, are highly poisonous to 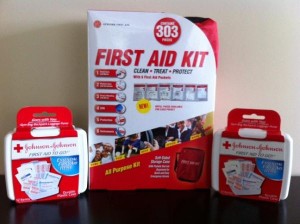 humans. It is a tiny cephalod that is considered to be amongst the deadliest marine animals. They are found in Australia and in the eastern Indo-Pacific. The generally docile animal is typically yellowish brown in color, but when it is disturbed, the rings change color to a bright blue showing its change of mood.

The bite is usually slight and some people may not even be aware that they have been bitten. But if one comes into contact with a blue-ringed octopus, one must be on the lookout for any one of the possible symptoms. Blue-ringed octopus bites are typically painless and it is still a debate whether envenomation can occur with prolonged skin contact. The onset of symptoms will depend on the amount of venom transferred to the wound but not all bites result to envenomation.

Bites from blue-ringed octopusesare considered a medical emergency, thus it is necessary to seek medical help immediately. Though symptoms may not manifest right away, do not assume that no envenomation has occurred. The peak of fatal symptoms usually last from four to ten hours. To give immediate first aid to a victim of a blue-ringed octopus bite:

Blue-ringed octopus bites are commonly caused by people picking up the harmless looking octopus unaware of the dangers it possesses.

Although blue-ringed octopusmay not be present within the area, first aid should be known for all cases of emergency, especially if one decides to travel to Indo-Pacific and Australian countries. Disclaimer: Although there is no available antivenin for blue-ringed octopus bites, administering first aid immediately can help significantly in avoiding further damages. The given information are not be used as medical advice or substitute for first aid training. To learn how to treat bites and stings of a wide variety of animals, including blue-ringed octopus bites, enroll in First Aid Courses and CPR training, especially before join traveling to different countries.